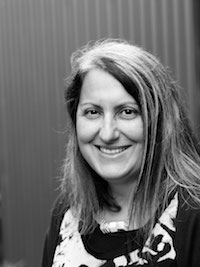 Pilar Rojas has an extensive and rich ceramics background having lived in several countries learning, teaching and practicing ceramics. She was brought up in Spain then lived in London for ten years where she graduated from Harrow School of Art and set up a studio. Later in Melbourne she obtained a Master of Fine Art by research at the VCA. As an exhibiting artist in Australia she had solo exhibitions at Craft Victoria and The George Gallery in Melbourne and Access contemporary Art in Sydney. Her work is included in private and public collections including the National Gallery of Australia, Powerhouse Museum, Museum, Art Gallery of the Northern Territory, Shepparton Art Gallery. She has also taught at the Victorian College of the Arts, NMIT and recently at University of Granada, Spain, where she also owned and ran Artefactoria, a boutique gallery/shop, representing over twenty local crafts people.

Based again in Melbourne, she has set up a studio designing and making porcelain objects and jewellery. She views making as a philosophy, a way of thinking and a way of life. Pilar leads our Porcelain Small Objects & Wearables  course and our Form & Surface courses. She also leads occasional Glaze Development courses and is available for mentoring.